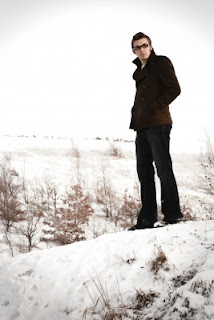 He tried to keep his mind on task and not on his friend’s fine ass. It was his sexual urges that had gotten him into this situation and they were definitely not going to help matters right now. It wasn’t fair Derric looked like a Hollywood heartthrob, especially now that vampires were all the rage with the young and gullible. He stifled a snicker and the not so young but even more susceptible. Derric’s fantastic features were not what he needed to be concentrating on at the moment. He had to find a way to convince these crazy vampires he was not their leader. There was no way he was the answer to their confinement. Everyone was counting on him.


Derric turned to see what was keeping him so he speed up his steps and decided to put all his doubts aside and concentrate on the skirmish to come. He wasn’t scared of the upcoming challenge as he would simply do his best. He was not afraid of his opponent or his followers but he was anxious for those who believed in him and showed their defiance. If he failed they would be severely punished – so failure wasn’t an option.

Great Teaser! I want to know more about these guys!!

Vampires are such great people Loved the tease